Hebrew At The Center Presents Sicha

Want to suggest a topic or a speaker? Email us with your ideas and comments at sicha@hebrewatthecenter.org.

Recordings of Past Sessions:

SICHA ARCHIVE: Enjoy these recordings of prior events.

Co-Sponsored by The Jewish Education Project

Access the CASJE Report on Hebrew in Part-time Settings

Co-Sponsored by the World Union for Progressive Judaism 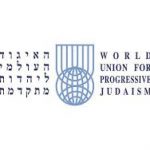 Hebrew as a Connector of
the Global Jewish Community

Chairman of the Executive,
The Jewish Agency for Israel

Co-Sponsored by
Foundation for Jewish Camp 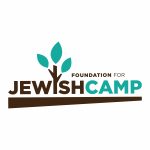 Hebrew In America Today: Is A Paradigm Shift Possible?​

View Video of Sicha I 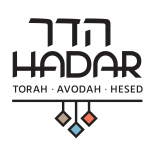 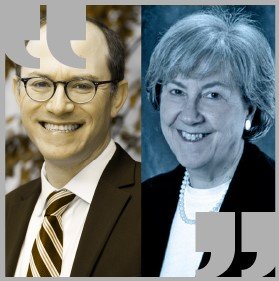 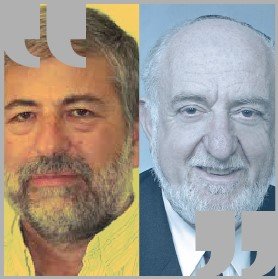 A Tribal Language For A Global People 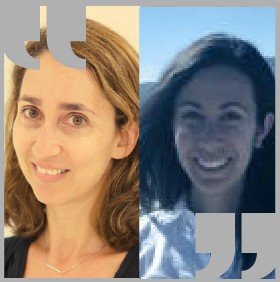 Re-imagining The Future Of Hebrew In America

Co-Sponsored With CASJE
(Consortium for Applied Studies in Jewish Education)

Netta Avineri is Language Teacher Education Associate Professor and Intercultural Competence Committee Chair at the Middlebury Institute of International Studies at Monterey (MIIS). She is a co-editor of the 2019 (Routledge) Language and Social Justice in Practice and author of the 2017 (Palgrave Macmillan) Research Methods for Language Teaching: Inquiry, Process, and Synthesis.

Sarah Bunin Benor is Professor of Contemporary Jewish Studies at Hebrew Union College, Los Angeles, and Director of the Jewish Language Project. Her books include Becoming Frum: How Newcomers Learn the Language and Culture of Orthodox Judaism and Hebrew Infusion: Language and Community at American Jewish Summer Camps.

Jeremy Benstein is an educator, author and Hebrew lover with a BA in linguistics from Harvard, a master’s degree in Judaic studies and a doctorate in cultural anthropology. Originally from the Midwest, he moved to Israel over 35 years ago and helped found the Heschel Center for Sustainability in Tel Aviv. Currently the managing editor of 929-English (Tanakh: Age-Old Text, New Perspectives – www.929.org.il), his most recent book is Hebrew Roots, Jewish Routes: A Tribal Language In a Global World.

Rabbi Sergio Bergman serves as the president of The World Union for Progressive Judaism (WUPJ). Born in Buenos Aires in 1962, Rabbi Bergman holds a Bachelor’s degree in Biochemistry and Pharmaceutics  and Master’s degrees: in education,, Hebrew letters, and Jewish Studies. Ordained at  both the Latin American Rabbinical Seminary of Buenos Aires and HUC-JIR in Jerusalem in 1993, he was founder of the Arlene Fern Community School in Buenos Aires and served as Rabbi at Templo Libertad, Argentina’s first Synagogue, and at Emanu El, epicenter of Argentina’s Reform Movement. In 2011, he became the first rabbi ever elected to public office in Argentina, serving as as representative of the City of Buenos Aires; n 2013, he was elected to represent the city at the nation’s congress,  and from 2015 – 2019, served as Minister of the Environment and Sustainable Development.

Shmuel Bolozky is a Professor Emeritus at the University of Massachusetts Amherst, Department of Judaic and Near Eastern Studies, where he served as Chair and coordinated the Hebrew Program. He also served as President of the National Association of Professors of Hebrew, and is a member of its annual conference committee. In 2002 he established an annual pedagogical workshop for teachers of Hebrew. His research areas are phonology and morphology in general, and of Modern Hebrew in particular, Hebrew lexicography, application of linguistic methodology to the teaching of Hebrew as a foreign language, and building up language corpora and using them in linguistic research.

David Bryfman is the Chief Executive Officer of The Jewish Education Project. After working in formal and informal Jewish educational institutions in Australia, Israel, and North America, David earned his Ph.D. in Education and Jewish Studies from NYU, focusing on the identity development of Jewish adolescents. David has authored several articles and presented broadly on topics ranging from the Jewish teenage experience, innovation and change in Jewish life, Israel education and more broadly about Jewish education. He is a founder of the annual Jewish Futures conference, helped direct the 2019 study GenZ Now: Understanding and Connecting with Jewish Teens Today, was the lead researcher of the groundbreaking 2016 study, “Generation Now: Understanding and Engaging Jewish Teenagers Today,” and editor of “Experience and Jewish Education,” a compendium of essays written by and for Jewish experiential educators. David is an alum of the Wexner Graduate Fellowship Program and the Schusterman Fellowship.

Jeremy J. Fingerman is the Chief Executive Officer for the Foundation for Jewish Camp (FJC). He became CEO of FJC in 2010 following a highly-successful 20+ year career in the consumer foods industry. Jeremy received his AB from Columbia and his MBA from Harvard Business School. He lives in Fort Lee, NJ with his wife and two young adult children

Isaac Herzog, recently selected as Israel’s 11th President, serves as Chairman of the Executive The Jewish Agency for Israel since June 2018, succeeding Natan Sharansky. Before leading The Jewish Agency, Mr. Herzog had been a member of Knesset (Israel’s parliament) since 2003. He had been the Chairman of Israel’s Labor Party since 2013, as well as the Knesset Opposition Leader. In the past 15 years, Mr. Herzog has held several ministerial posts: Minister of Housing and Construction; Minister of Tourism; Minister of Diaspora Affairs, Society and the Fight Against Anti-Semitism; and Minister of Welfare and Social Services. An attorney by training, Mr. Herzog was a senior partner at the law firm of Herzog, Fox & Ne’eman prior to entering politics. He lives in Tel Aviv with his wife, Michal. They have three sons.

Avraham Infeld is a well-known Jewish educator who founded Melitz, an Israeli education nonprofit that fosters Jewish identity, served as the president of Hillel and was the first international director of Birthright. Born in South Africa and raised in a Zionist family, Avraham made aliyah to Israel and studied Jewish History and Bible at the Hebrew University, and Law at Tel Aviv University. Avraham is the recipient of the Hebrew University’s prestigious Samuel Rothberg Prize for Jewish Education, Hillel’s Renaissance Award, and recently received the Sylvan Adams Bonei Zion Lifetime Achievement Prize, “recognizing Anglos who have made a major contribution to the State of Israel.”

David Koschitzky is Co-chair and CEO North America of IKO, a worldwide manufacturer of roofing and waterproofing materials. He has an engineering degree from University of Toronto and an MBA from the University of Chicago. David’s community service includes being the Chair of the Board of Directors and the Campaign Chair for UJA Federation Toronto, senior lay roles in both the Campaign and Board of the Chicago Jewish Federation. and service as President of day schools in both Toronto and Chicago. He was the first Chair of CIJA. Currently David is the immediate past World Chair of the Board of Trustees of Keren Hayesod and a member of the Executive of the Board of Governors of the Jewish Agency. He is married to his better half Sarena, and together they have five children.

Vardit Ringvald serves as the C.V. Starr Professor in Language and Linguistics and as the Director of Middlebury’s School of Hebrew. Dr. Ringvald began her career at Brandeis in 1985, teaching Hebrew language, culture, and Hebrew teaching pedagogy until 2013. Beyond teaching, Dr. Ringvald has served as a team member for developing the Hebrew Proficiency guidelines for ACTFL. She currently serves on the committee for Hebrew language pedagogy for the National Association of Professors of Hebrew (NAPH), serves as a board member of the Council for Hebrew Language and Culture in North America, and is a founder of Hebrew at the Center.

Stuart Schoffman is a graduate of the Yeshivah of Flatbush, Harvard and Yale.  Before moving to Israel in 1988, he worked as a journalist in New York for Fortune and Time magazines, and later as a Hollywood screenwriter.  He taught film at the University of Southern California and Tel Aviv University, and American history at the University of Texas.  He was a columnist for the Jerusalem Report from its inception in 1990 until 2007, and also wrote about Israeli and Jewish politics, history and culture for many Jewish publications in the U.S.  For many years he was a fellow of the Shalom Hartman Institute, where he served as editor of Havruta: A Journal of Jewish Conversation.  Schoffman’s translations from Hebrew include books by David Grossman, Meir Shalev and Aharon Appelfeld, as well as four novels by A.B. Yehoshua, most recently The Tunnel.  He is a frequent contributor to the Jewish Review of Books.

Wendy Zierler is Sigmund Falk Professor of Modern Jewish Literature and Feminist Studies at HUC-JIR in New York. She received her Ph.D. and her MA from Princeton University, holds an MFA in Fiction Writing from Sarah Lawrence College, and will receive Rabbinic Ordination from Yeshiva Maharat in June 2020. She is the author of Movies and Midrash: Popular Film and Jewish Religious Conversation (SUNY Press, Finalist for the National Jewish Book Award in Modern Jewish Thought and Experience, 2017), And Rachel Stole the Idols: The Emergence of Hebrew Women’s Writing (Wayne State UP, 2004), and translator / co-Editor with Carole Balin of To Tread on New Ground: Selected Hebrew Writings of Hava Shapiro (Wayne State UP,  2014) . In 2017 she was appointed Co-Editor of Prooftexts: A Journal of Jewish Literary History, a leading scholarly journal in the field of Jewish Literature.

Ghil’ad Zuckermann is an Israeli-born language revivalist and linguist who works in contact linguistics, lexicology and the study of language, culture and identity. Zuckermann is Professor of Linguistics and Chair of Endangered Languages at the University of Adelaide, Australia. He is the president of the Australian Association for Jewish Studies.