Hebrew at the Center is led by an extraordinary group of volunteer leaders, well-versed in effective governance, responsible fiduciary oversight, strategic thinking, institutional advancement, and deeply committed to the Hebrew language. As professionals, the collective has formal training in law, business, education, linguistics, Jewish studies, and management, and brings to their roles on the board professional experience in academic, educational, nonprofit, communal, and cultural settings. This talented collection of individuals also bring to work lessons learned serving on local, regional, national and international boards within and outside of the Jewish community. 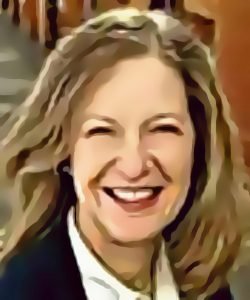 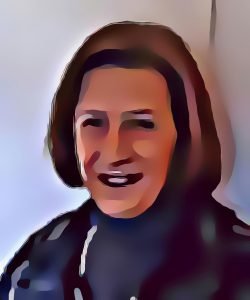 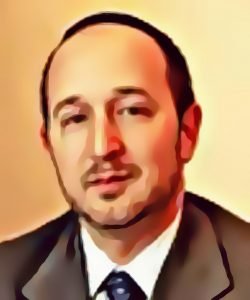 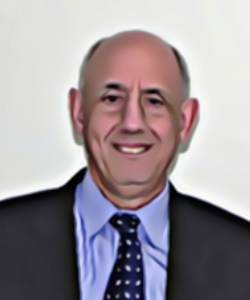 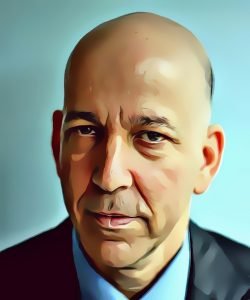 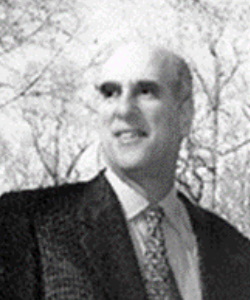 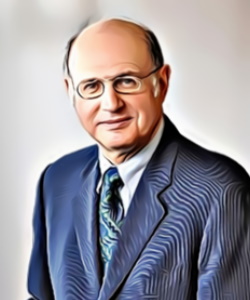 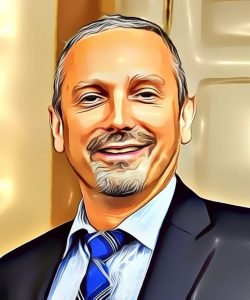 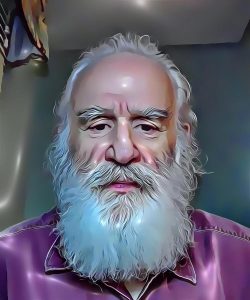 Ms. Winshall is the Founding Board President of Hebrew at the Center and Founding Chair of JCDS, Boston’s Jewish Community Day School.  Arnee serves as an advisor to the Mayberg Foundation Jewish Education Innovation Challenge  and the Council for American Jewish Museums. Most recently she helped to guide the formation of DEEP , a professional learning community of Developing Embedded Expertise Programs that serve Jewish day schools. Through the years she has served on the board of numerous Jewish education organizations. She was the first recipient of Hebrew College’s Sidney Hillson/Rose Bronstein Award for distinguished leadership in Jewish education, Hebrew language, and the advancement of Jewish culture and civilization. In 2015, she was named as an Honorary Fellow of the Academy of Hebrew Language in Jerusalem. Having pursued graduate studies in developmental psycholinguistics and studied 7 languages, Arnee is passionate about the power of learning languages and, in particular, Hebrew as the language of the Jewish people.

MEMBER, Board of directors

Joanne Blauer [Clerk] formerly was the Associate Dean and Secretary and Executive Vice Dean of Weill Cornell Medical College and Graduate School of Medical Sciences until her retirement in 2010. Ms. Blauer served as COO of HATC from January, 2010 through August, 2011. In addition, she has served on the boards of Scripps College and the National Association of College and University Attorneys and is a member of the Washington State Bar Association.

Dr. Marc N. Kramer is the founding director of the Kramer Education Group, an independent consulting firm focused on issues of leadership and transition in the non-profit sector.  He is the former Executive Director of RAVSAK: The Jewish Community Day School Network, a position he held for 17 years.  RAVSAK is one of the legacy partners of Prizmah.

Marc earned a bachelor’s degree in Near East and Judaic Studies from Brandeis University, a masters degree in social work from Columbia University, a master’s degree in Judaica from the Jewish Theological Seminary of America, and both a master’s and doctorate in education from Columbia University-Teachers College.  He did additional research and training under the late Dr. Linda Powell of Harvard University centered on group theory in both therapeutic and non-therapeutic settings.

Marc was the recipient of a number of awards and public recognitions including the Sachar Prize for academic research, the Wexner Foundation Graduate Fellowship, and the 2007 Covenant Award. In addition, Marc was presented with the Benjamin Shevach Award for Jewish communal service by Hebrew College, Boston and the Hachmei Lev Award by Keshet for his work on inclusion in the Jewish community.

Marc is a member of the Leading in Hebrew Review Committee. Marc lives in Riverdale, New York.

Neil Kuttner is the Chief Operations Officer of Cross Shore Capital Management, LLC, a registered investment advisor. He has worked in the financial services industry for forty years, previously at Sanford Bernstein & Co. where he was the CFO

Neil is a CPA and has also taught tax planning at Lehman College. Neil has BA in economics from City College of New York and a master’s degree in business administration from the Wharton School.

Neil lives in Manhattan and has two grown sons, Sam and Matthew, both of whom are involved Jewishly.

Neil has long been active in the Jewish community has previously served as treasurer of Camp Ramah in New England, treasurer of the Foundation for Jewish Camp, board chair of the Academy for Jewish

Religion, and synagogue president of Park Slope Jewish Center. In addition, he has spent the last couple of years as a member of HATC’s finance committee.

Neil views fluency in Hebrew as one of the important building blocks in positive Jewish identity, though his Hebrew language skills do need brushing up. He is looking forward to continue contributing both his time and expertise to HATC.

Manhattan born and bred, Lee Perlman, PhD, developed his life-long love for Hebrew at the 14th St. Y Hebrew School, under the inspired leadership of his beloved teacher, Sylvia Hiat.  Lee who has lived in Israel since 1982, has extensive experience in philanthropy and non-profit management. Lee is currently the Director, Development and Strategic Partnerships, The Israel Center for Educational Innovation (ICEI), Israel’s leader in turning around underperforming elementary schools serving low income communities. He has served as the Executive Director, The America-Israel Cultural Foundation and held senior positions at the Jewish educational non-profit, Melitz, The Jewish Federations of North America and The Abraham Initiatives.

Lee is an active member of the Bet Daniel community in Tel Aviv and recently completed two terms as board chair, The Daniel Centers for Progressive Judaism, Tel Aviv-Jaffa. As an Associate of Brandeis University’s International Center for Ethics, Justice, and Public Life, Lee researches arts, politics and cultural policy and seeks to understand and influence how artists create social change and open dialogue in conflict zones and divided societies and he co-leads IMPACT, a global collaboration to strengthen the Arts, Culture and Conflict Transformation field. He has taught at Tel Aviv University and in Brandeis University international summer programs. He received his Ph.D. and M.A. from Tel Aviv University and his B.A. from U.C.L.A. Lee lives in Tel Aviv.

Howard Rosenbloom is President and Executive Director of the Ben and Esther Rosenbloom Foundation. He serves as co-chair of the American Jewish International Relations Institute (AJIRI), a Board member of the Middle East Forum, and The Associated Jewish Federation of Baltimore.

He is the past Board Chair of the Jewish Virtual Library and Shoshana S. Cardin Jewish High School in Baltimore, MD. And a past board member of the institute for Islamic- Christian- Jewish Studies (ICJS).

Howard received an honorary fellowship from the Technion-Israel Institute of Technology and holds a BA from Washington and Lee University and an MBA from the Wharton School of the University of Pennsylvania.

Howard is married to past HATC board member Dr. Michelle (Gelkin) Rosenbloom and lives in Baltimore, Maryland.

Joseph (“Joey”) Steiner, now retired, was a partner in the Litigation Department at Osler, Hoskin & Harcourt LLP, a major Canadian law firm with offices in Toronto, Montreal, Ottawa, Calgary, Vancouver, and New York. Based in the firm’s Toronto office, his practice was in general commercial litigation with an emphasis on tax litigation.

Joey’s career in volunteer Jewish community service has primarily revolved around Jewish education. He is a member of the Board of Bialik Hebrew Day School in Toronto (and served as its president for four years in the early 1990s). He has also served as a board member of Paul Penna Downtown Jewish Day School in Toronto. Joey is currently on the board of Prizmah: The Center for Jewish Day Schools, and was a member of the task force which negotiated the merger of five organizations to create Prizmah. Previously, Joey was on the board of Hillel of Greater Toronto (subsequently merged into Hillel Ontario), which, at the time, served three universities and several colleges in the Toronto area. He is an associate member of the Board of Governors of the Jewish Agency for Israel and
has served as chair of its Budget and Finance Subcommittee for Education. Joey is currently a member of JAFI’s Budget Subcommittee and the Peoplehood in Israel Subcommittee. He serves on the board of the Canadian Friends of the Shalom Hartman Institute and on the consolidated board of that Institute, which is based in Jerusalem and New York. He has been Chair of the Board of Jewish Education in Toronto and chair of UJA Federation of Greater Toronto. Joey is currently a member of the Board and Executive Committee of the New Israel Fund of Canada.

Joey is married to Elaine Steiner, who was, for many years, a teacher at United Synagogue Day School (now Robbins Hebrew Academy), the Solomon Schechter school in Toronto.

Todd J. Sukol is a philanthropy professional who serves as executive director of the Mayberg Foundation, which strives to proliferate Jewish wisdom and values in the contemporary world. Previously, Todd was president of Do More Mission, a firm that helped philanthropists and the organizations they support to achieve greater impact; and  executive director of the Koby Mandell Foundation. Todd began his career in the nonprofit sector as program director of Maryland Hillel and worked for many years in marketing, communications and public relations, including stints in the association and agency worlds. He founded Sukol Communications, a Maryland based strategic marketing and public relations company, in 1999.

Todd holds holds an M.A. in Philanthropic Studies from the Lilly Family School of Philanthropy and a Certificate in Nonprofit Management from the School of Public and Environmental affairs (both at Indiana University) and a B.A. in Journalism with a minor in Political Science from the Pennsylvania State University. He studied media at the University of Manchester in England, and completed a two-year Jewish studies program at Machon Shlomo: Alexander and Eva Heiden Torah Institute in Jerusalem, Israel.

Walter A. Winshall is a Principal in an investment firm specializing in the commercialization of technology. In addition to HATC, he is a board member of the Yiddish Book Center and the MIT Hillel. He was a founding board member of JCDS, Boston’s Jewish Community Day School. He is an Honorary Fellow of the Academy of the Hebrew Language. A long time ago, he graduated from MIT in electrical engineering and from the Harvard Law School.